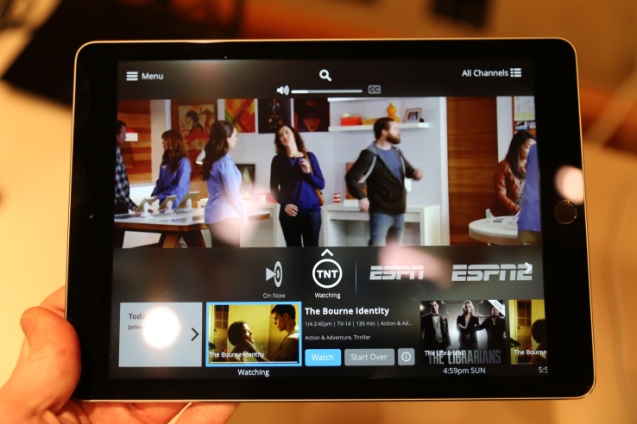 No, it’s not a weird cousin of Spike TV, and no it has nothing to do with injuries or disabilities. Announced this week at CES 2015, Sling TV is the newest offering from Dish and is actually somewhat of a breath of fresh air in the TV and cable marketplace. Here’s the Sling TV quick and dirty:

WHAT: Sling TV is a $20 a month streaming subscription service offered by Dish Network

WHY THIS IS SIGNIFICANT AT ALL: Wait, aren’t there already a bunch of streaming options? Isn’t this just a higher priced version of what already is offered? Nope. Not only is it live, something that is sometimes hard to find with other streamers (is that the right term?) it also includes access to networks previously not available through streaming, such as ESPN, ESPN2, Disney Channel, Food Network, CNN, and more.

RANDOM TIDBIT: Of course it wouldn’t be a media service unless there was a way to nickle and dime the consumer, so there is an “add-on” option that allows people to customize their package for an additional $5.

WHERE: One device at a time, per subscription.

WHEN: Good question. Just announced at CES 2015 this week, Sling TV is not available yet and does not appear to have a concrete launch date.

SO WHAT: Dish is making news with this package because it’s somewhat unique for the TV market, and, obviously, because of ESPN. Live sports are the notorious black hole in existing streaming options. That being said, consumers still probably won’t get ALL the channels that they would ideally want (because our appetite for TV is apparently insatiable). Also, the “Americ’s top 120” package currently offered by Dish on their website is only 29.99 per month and includes ESPN, along with a bunch of other channels as well for $10 more than Sling TV. So yeah, Sling TV is a cool option, and certainly a step in the right direction for the market, but it might be getting a bit more hype than it deserves, in my humble opinion. All depends on what the consumer ends up wanting. Great marketing and PR by Dish though 😉