Well folks, it’s official. Oxford Dictionaries has officially declared “post-truth” to be the word of the year for 2016. Post-Truth, as in: an adjective defined as ‘relating to or denoting circumstances in which objective facts are less influential in shaping public opinion than appeals to emotion and personal belief’. Forget science, historical records, data, or any other undeniable metric, perception IS reality. At least, that seems to be the case for some people. Obviously “word of the year” doesn’t mean that this adjective applies to our whole society, but it does provide a pretty telling benchmark for where we are at as a society.

This emphasis on feelings over facts shouldn’t come as a surprise, given the political history we just witnessed. We’ve officially elected a “pants on fire” TV personality as our next president, after all. (You can read the highlights of Trump’s own post-truth reality on PolitiFact.) But the thing that really throws me here, is all the instances that we, as a society, ARE actually quite incredibly diligent searchers of truth.

It appears that all hope is not lost. Here’s a quick list I came up with to show all the different ways we DO still care about the truth, and nothing but the truth.

White and gold or blue and black? Do I really need to remind you of this? From morning radio, to TV, to social media, to the water cooler, we became officially OBSESSED with determining the actual hue of this garment.

Are Taylor Swift and Tom Hiddleston Really Just Making a Music Video? This theory is still being “investigated” months after their breakup. Guess we will have to wait for the album to drop.

Was SoAndSo was just lip-syncing? Almost any big performance is followed up by an accusation of lip-syncing and a vigorous fact finding mission. Beyonce’s lip syncing of the National Anthem at Obama’s inauguration was BREAKING NEWS across the media. 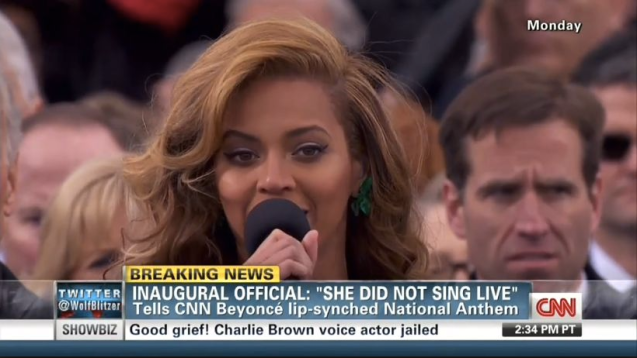 Is gluten bad for you? This question is apparently more important than the validity of climate change. Check out the Google Trends report comparing “gluten” to “climate change”. Looks like they were close to equal ground a couple times, back in the day, before we realized the foolishness of our ways. [Gluten is the blue line in the graph.]

Was she drunk? No jokes here. If any of us doubt that we have become lazy in our pursuit of absolute truth, we need look no further than any sexual assault allegation. No stone will be left un-turned as the victims statement, actions, attire, beverage choices, and overall personal responsibility for being attacked is investigated, combed through, and analyzed. Similar attention to details will be paid to the attacker’s athletic record.